More than 150 years of tailoring your dreams 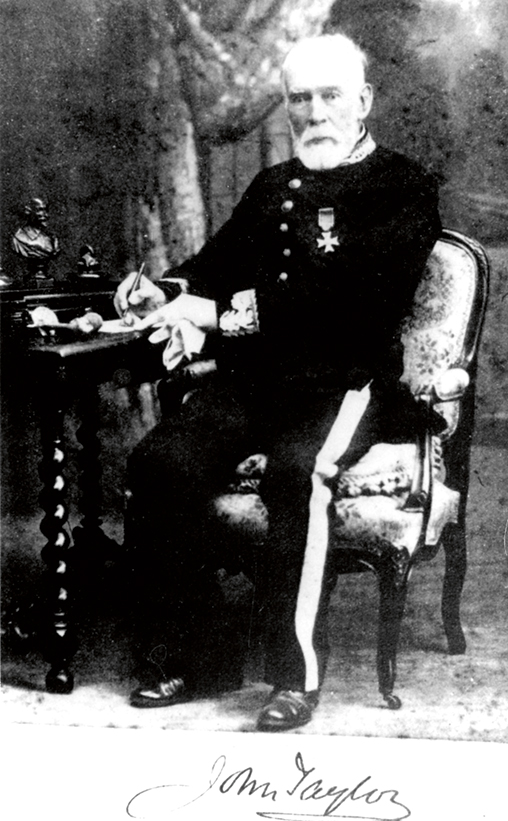 Once upon a time a young passionate British gardener decided to try his luck on the French Riviera. His name… John Taylor. He first arrived on the fabulous French Riviera at the age of 20, a convergence of fate and serendipity forever linking him to a history of cordial Franco-British relations and the rise of first-class tourism in the South of France.

Lord Brougham discovered the charm and appeal of Cannes back in 1834. His enthusiasm and passion for this region quickly became notorious and Cannes started to attract the wealthy English aristocracy.

The little fishing village was soon to become very well populated, and imposing, lavish villas started emerging all around. Cannes' reputation started to attract the wealthiest clergymen, the most affluent being Thomas Robinson Woolfield. Mr Woolfield became very active in the community, and contributed to developments such as the first Anglican Church.

Lord Brougham and Mr Woolfield had played an immense role in the promulgation of the region, but despite their efforts, they remained amateurs. A true professional was required. An increasing number of wealthy Englishmen were seeking to acquire a spot on the esteemed French Riviera; however, the lack of professionals in this sector, and of a middleman between those pursuing the sale of their unused land and those in quest of an exceptional property, slowed down the prosperity of the region. Deficiency created the requirement and Mr Woolfield filled the gap by finding the right man for the job.

The quest for the most prestigious properties was launched. In 1854, at the age of 20, John Taylor was called upon by Mr Woolfield to work as a gardener in his Cannes domain. It was then that he began to mingle with high society.

John Taylor’s expertise soon became apparent to those seeking to acquire a spot on the esteemed French Riviera, and thanks to his skill and flair he rapidly became the reference in luxury real estate.

John Taylor's unique entrepreneurial talent allowed him to become a pioneer by opening up the first real estate agency in 1864 at the age of 30.

His remarkable reputation and immense success led to his appointment as British Vice-Consul in Cannes and Member of the Royal Victorian Order and so, in 1884, he became … Sir John Taylor. Tow years later his son Walter joined forces with his admirable father. In true family spirit, Walter’s son Jack soon came on board. John Taylor managed an exceptional portfolio for the British, French and American nobility and political class, amongst them the Prince of Wales, King Edward VII, the French royal family, Lord Brougham and William Gladstone.

The company continued to expand, extending to Nice, Monaco, Saint-Jean-Cap-Ferrat and Saint-Tropez, with the company headquarters on the Croisette in Cannes.

Jack’s daughter Jacqueline, along with her husband George Montagu, directed the business after WWII and introduced spectacular development programmes in Cannes. Due to the outstanding talent of this family, John Taylor attracted members of high society and wealthy celebrities such as Elizabeth Taylor, Richard Burton, Gregory Peck, Henry Fonda, Eddie Barclay and Gianni Agnelli.

In the 1990s John Taylor was acquired by Michel Pastor. Preserving John Taylor’s remarkable legacy and keeping the flame of family tradition, Michel Pastor, in 2006, appointed his daughter Delphine Pastor as president of the Group.

Around 2002, just when the French auction market was opening up to competition, the entrepreneur Nicolas Orlowski bought Artcurial and through his initiatives quickly developed it into the top French auction house specializing in over twenty-five specialties in art and antiques. Artcurial has quickly become one of the leading international players in the art market and has created a partnership with John Taylor in 2013.

Taking over from Delphine Pastor who has successfully lead the group for more than 10 years, the Artcurial Group acquired John Taylor in November 2017, enabling it to offer a complete service to its international clientele and to amplify and accelerate the respective synergies of these two successful houses.