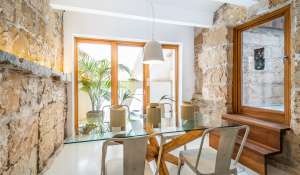 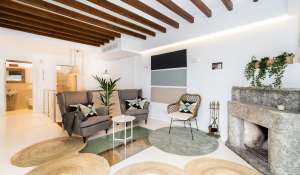 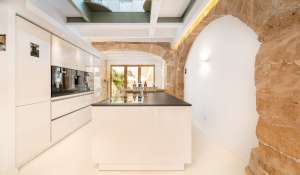 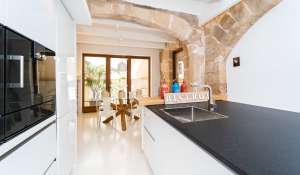 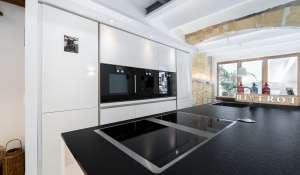 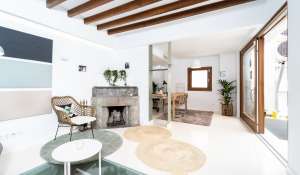 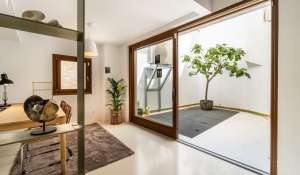 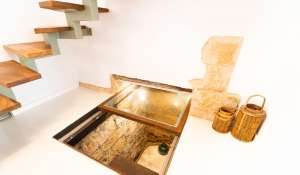 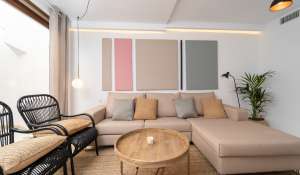 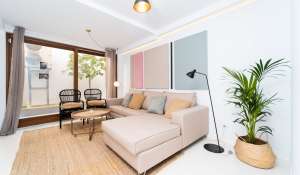 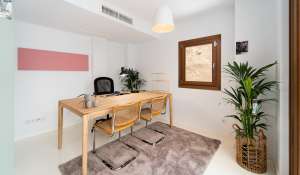 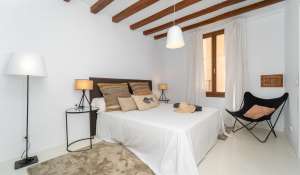 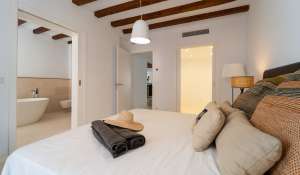 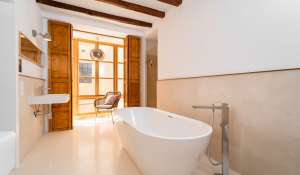 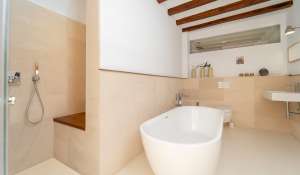 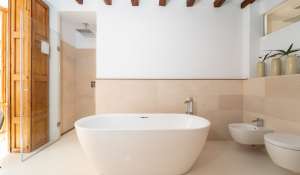 This property which is centuries old, has been lovingly, lavishly and luxuriously refurbished. It is located in one of the most emblematic and beautiful neighbourhoods of Palma, just a few meters away from the sea. The first two floors of this ancient house have been refurbished into a modern duplex apartment, following the house-in-house concept, while maintaining some building elements from the 11th and 17th century, which have been carefully restored and integrated. An especially exceptional example of this are the old mares arches, which have been maintained and revived. Entering through a private entry, one reaches the big reception area, which leads directly to the open concept kitchen. The luxurious Gaggenau kitchen aside, the highlight of this floor is the wine cellar, which has been built into an ancient Arabic water tank, as well as further elements of the functions these houses used to serve as, once upon a time. The open kitchen is completed by a big dining area and a green oasis in one of the house‘s patios. On this floor you can also find a second patio as well as a guest bathroom and the storeroom/utility room. A custom designed staircase leads directly from the kitchen to the top floor, which has been designed and built following top modern German standard. Here you will find a master bedroom with en-suite bathroom as well as a walk-in closet. Further along you will find a second bedroom with direct access to the terrace and a second complete bathroom. The terrace also leads to the big two-part living room area. In order to capture the biggest amount of natural light, the architect has focused on working with open spaces and lots of glass structures, breaking open the old structures and reinterpreting them.

One of the best preserved old towns in Spain featuring the most amazing Gothic architecture in the Mediterranean surrounded by hundreds of narrow streets, excellent shopping, great restaurants, art galleries, museums and amazings ancient passage leading to important historic monuments, landmark buildings and the jewel of the crown: Catedral Santa Maria, La Seu. It is very popular for the night life and offers very trendy places to visit, like Passeig del Born, Avenida de Jaume III, Passeig de la Rambla, La Llonja and some of the most visited “Plazas”, such as Plaza Santa Eulalia, Plaza Cort, Plaza Mercat and Plaza Mayor among others. Casco Antiguo is one of the most desirable districts for property investment. Many of them have been renovated over the past few years and have been turned into luxury apartments, fitted with all the modern amenities.