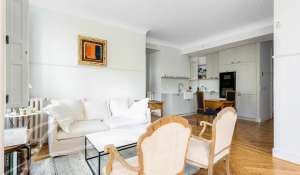 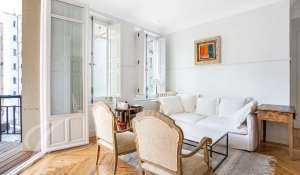 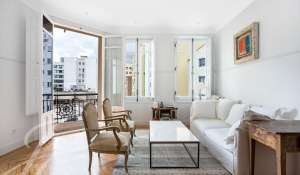 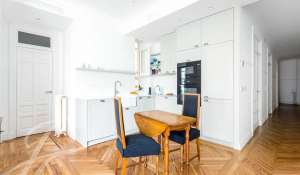 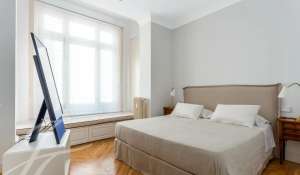 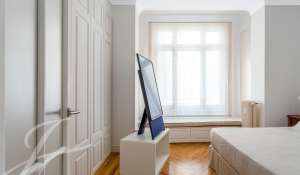 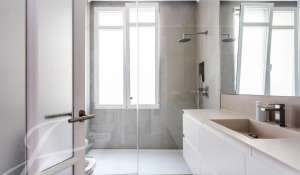 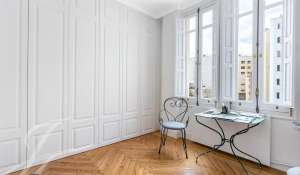 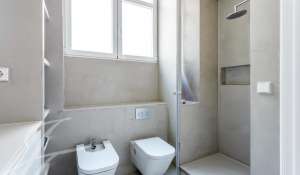 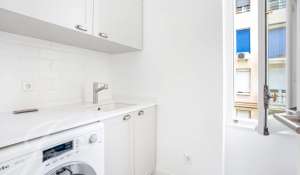 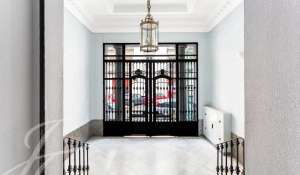 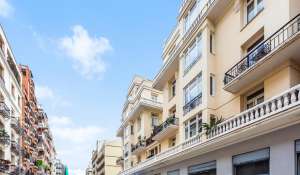 Spectacular refurbished house in the heart of Chamberí

John Taylor offers this fantastic apartment in Viriato street, one of the most emblematic and best located in the neighborhood of Chamberí.

Recently renovated, it has 116m2 built distributed in three bedrooms, two bathrooms, living room with kitchen and a laundry room.

The property has a balcony and large windows in the living-dining room, parquet flooring, ceilings with almost 3m high and plenty of natural light due to its layout.

The building is one of the most emblematic of Madrid, as it was built by the renowned architect Antonio Palacios, who has made, among many other things, the Casino and the City Hall of Madrid. The portal stands out for its representativeness, as it has a grille elevator and beautiful moldings.

Chamberí is a district belonging to the city of Madrid (Spain) and administratively organized into six neighborhoods (Gaztambide, Arapiles, Trafalgar, Almagro, Rios Rosas and Vallehermoso). It is part of the so-called central core of the city and has a population of about 150,000 inhabitants. Most of the district's streets are completely tree-lined, on both sidewalks when the width of the street allows it. The district is still characterized as residential, so it has maintained much of the traditional commerce. The neighborhood of Almagro is the most representative and stately of the Chamberí district. It is bounded by the streets José Abascal, Paseo de la Castellana, Calle Génova and Calle de Santa Engracia, forming a luxury residential and business environment. The Almagro I area is distinguished by the elegance of its perfectly preserved and rehabilitated classic buildings which, together with the best offer of restaurants, culture and leisure, create an environment of exclusive schools, large exclusive hotels such as the Santo Mauro, classic palaces, distinguished embassies such as the German and Swedish, important law firms such as Cuatrecasas, headquarters of major companies, and residential buildings of great quality and elegance. This area is a very attractive option for those who wish to be in the proximity of the Salamanca neighborhood and the city center but benefiting from a quiet and residential area with all the services at street level.