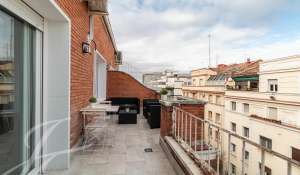 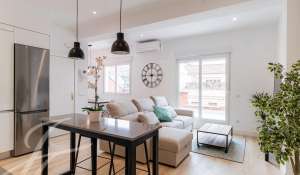 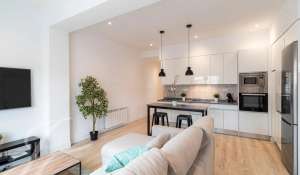 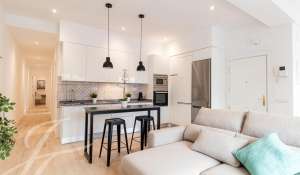 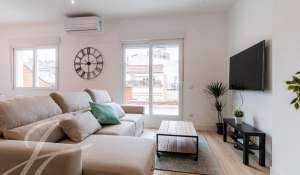 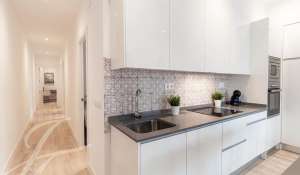 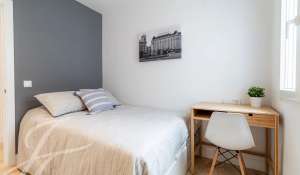 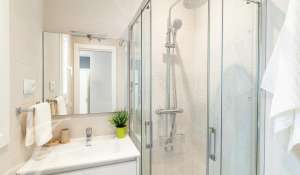 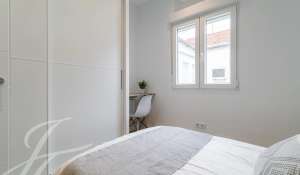 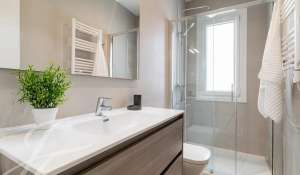 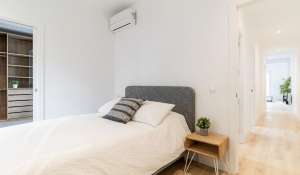 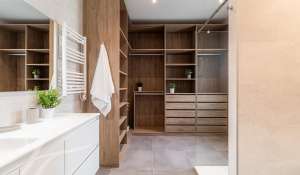 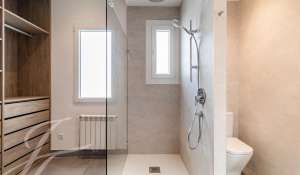 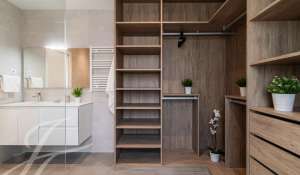 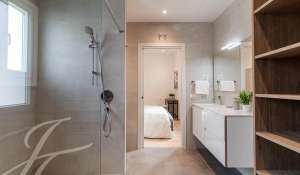 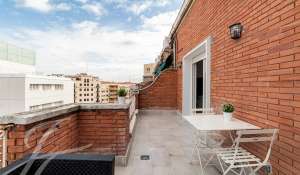 John Taylor presents a recently renovated flat with the best quality materials in the prestigious neighbourhood of Lista (Salamanca), located on the sixth floor and with a fantastic 15 m² terrace.

The flat stands out for the excellent refurbishment and its fantastic light.

In the exterior area we find the bright living/dining room with an open and fully equipped kitchen. From here we can access the terrace which is big enough to make two different spaces to fully enjoy it.

The sleeping area has three bedrooms. The master bedroom has a large walk-in closet and en-suite bathroom. The second bedroom also has its own bathroom and the third bedroom uses a full bathroom that also serves as a guest toilet.

The flat has central heating, air conditioning in all rooms, a storage unit and a doorman who lives on the premises.

Lista is the smallest neighbourhood of the 6 in which the District of Salamanca is divided. It is bounded by the streets of Príncipe de Vergara, Don Ramón de la Cruz, Francisco Silvela and María de Molina. It borders to the South with the neighbourhood of Goya, and to the East with the neighbourhood of Castellana, the most luxurious of the city, after Recoletos. It also has beautiful classical buildings from the late nineteenth and early twentieth century, especially in Conde de Peñalver Street and in the squares of Marqués de Salamanca and Manuel Becerra. This area is characterized by its proximity to the most sought-after areas of the Salamanca neighbourhood, Recoletos and Castellana, but the value of the square meter is significantly cheaper. The residents of this neighborhood have a more local and less international profile that seeks to live in the central Barrio de Salamanca away from the most tourist and commercial area but with the amenities, services and stores of a small city neighbourhood. Lista is a small area, but it has a significant number of metro stations in relation to its size, unlike Castellana for example, which does not have such coverage in the metro network.