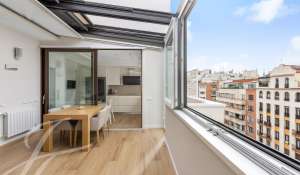 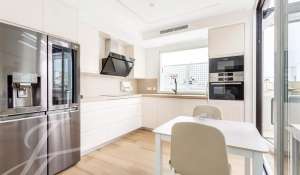 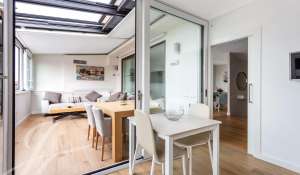 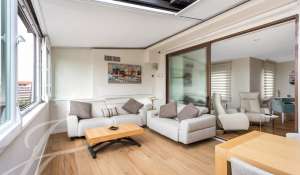 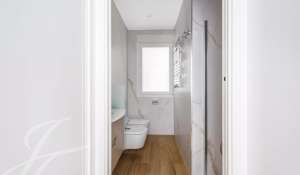 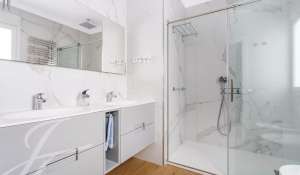 John Taylor presents this luxurious and extraordinary property located on the top floor of a building dating back to 1930 with a classical façade recently refurbished with a representative entrance, doorman and service access area.

The property has large windows to the exterior façade and roof terrace of 30m². South facing and with an integrated reform of the whole penthouse of design and with excellent qualities. It is distributed in: Exterior area of about 72m² which comprises the terrace, large living room, dining room, and kitchen equipped with first quality. In the rest area we find two spacious bedrooms with en suite bathroom, hallway with built-in wardrobe, guest toilet and large windows in the corridors which provides a feeling of spaciousness and brightness.

The property includes all the furniture with all the details of a luxury property.

It has a large parking space very close to the property included in the price.

In short, penthouse of 155m², with terrace and luxury qualities in all the rooms, taking care of every last detail, with lots of light and excellent location next to the Plaza de Marqués de Salamanca.

Lista is the smallest district out of six that divides El Barrio de Salamanca. It is bounded by the streets of Príncipe de Vergara, Don Ramon de la Cruz, Francisco Silvela and María de Molina. The area of Lista is bordered to the south by the area of Goya and to the east by the area of Castellana the most exclusive in the city after Recoletos. We also find beautiful classical buildings of the late 19th century and early 20th century especially on Calle Conde de Peñalver and found by the squares of the Marques de Salamanca and Manuel Becerra. This area is characterized by its proximity to the most sought after areas of Barrio de Salamanca which are Recoletos and Castellana. The value per square meter is significantly lower in this area. The residents of this neighborhood are mainly local’s instead of foreigners that wish to live in the centre of Barrio de Salamanca but away from the tourists and commercial areas. Nevertheless there are plenty of services and shops that are typically found in a small neighborhood within a big city. Lista is a small area, but has a number of subway stations in relation to its size, unlike for example Castellana which does not have the same coverage.