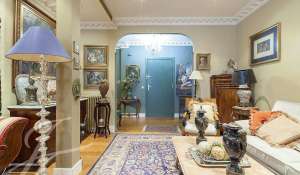 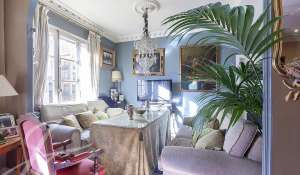 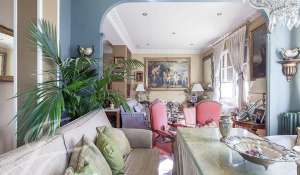 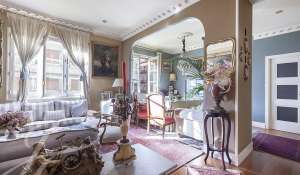 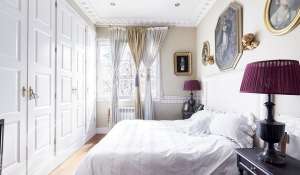 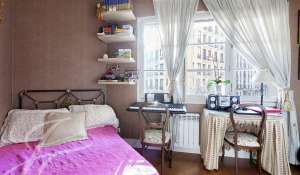 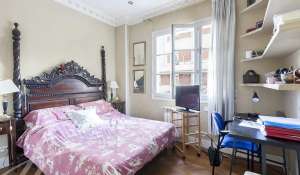 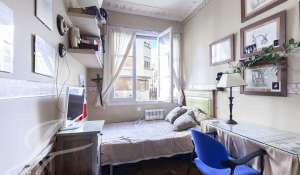 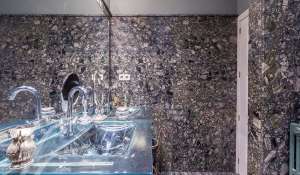 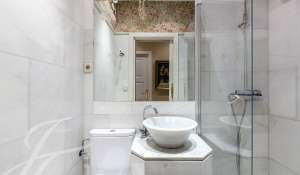 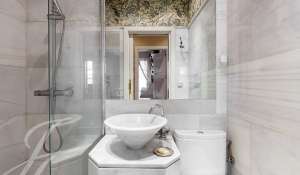 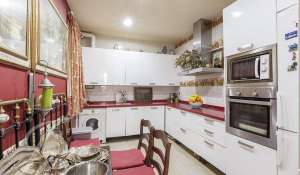 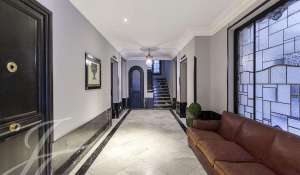 Cozy 167m² apartment on the Golden Mile with six windows to the street. A property with infinite possibilities of reform because it is almost entirely exterior, has no load-bearing walls that limit it internally, and has a lot of natural light in almost all its rooms.

It currently has a spacious living/dining room divided into two rooms, four exterior bedrooms (the principal with bathroom on suite and the other three sharing two full bathrooms), a fully equipped kitchen, and bedroom and service bathroom.

The beautiful Art Déco style building from the 1930s. It has concierge service during the week, two main elevators and central heating service.

This area of Barrio Salamanca commonly known as Castellana area is bounded by the streets Don Ramon de la Cruz, Paseo de la Castellana, María de Molina and Principe de Vergara. It is part of the urban complex designed by the Marques of Salamanca as result of the expansion downtown Madrid in the 19th century. These grid designed streets have some of the major foundations such as the Juan March Foundation and Foundation Carlos of Antwerp. We also find the Museum Lázaro Galdiano Museum named after the previous owner and donor where you will find a varied collection of art pieces that are of great importance. The proximity of one of the most renowned business school´s campus and many banking offices mean we have a great variety of services for residents as well as workers and students. You will find the most sought after restaurants, trendy cafes, schools as well as hospitals. The Plaza of Marques de Salamanca is the backbone of the different areas in the district. This largely residential and commercial district is well connected with the rest of the city by car and public transport. The bordering streets are some of the most important of the city like Paseo de la Castellana and María de Molina with quick and easy access to the airport and north of the city. When it comes to public transportation this is an area that is filled with different bus lines and underground stops.