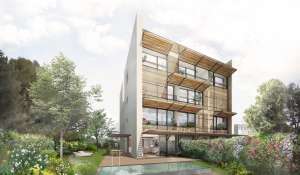 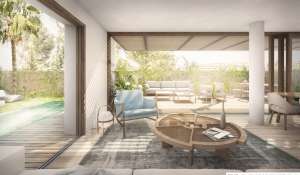 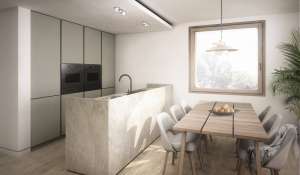 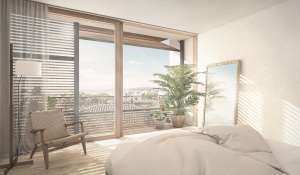 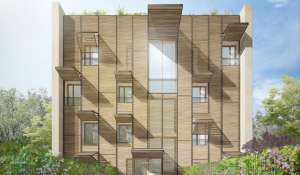 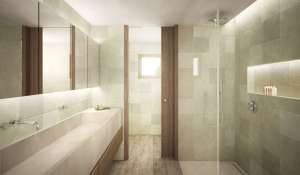 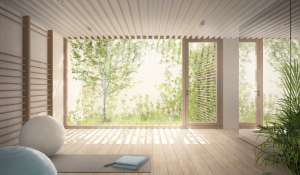 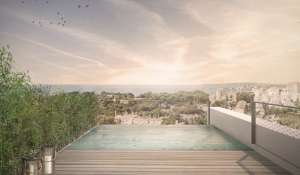 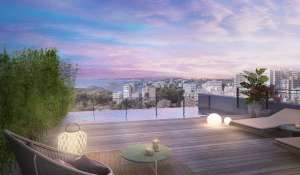 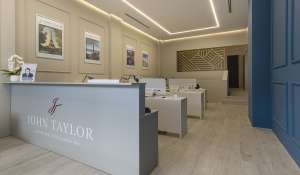 The 12 residences in two buildings with private swimming pools allow you to choose between having your own secluded garden or a spectacular rooftop terrace with panoramic views over Palm's bay, Cala Mayor and Illetas. Architecturally, the buildings are constructed to be both sustainable and energy efficient, with the main facades designed with an outer layer of sleek wooden blinds inspired in traditional Mediterranean latticework. This contemporary eye-catching solution both ensures inner privacy as well as creating a constantly changing play of light and shadow within each home, adding a touch of extra life to each space. Following a smart design principle, these blinds can change their position according to the season, going from vertical to horizontal, depending on the desired amount of sunlight. Other principles of eco-design have been given pride of place in the project ensuring that maximum respect for the environment is paramount, lessesing as far as possible the building's impact on its surroundings. This means that as you enjoy life at its best you can also feel secure in knowing you're also living in harmony with everything around you. And for all residents of Paralell East & West who like fitness, both complexes offer their own fully equipped and air-conditioned gym.

From its height, Bonanova perfectly overlooks the entire bay of Palma. It is a haven of peace next to the big city and on the highest spot on will find a little church dedicated to the Virgen de La Bonanova. In the twentieth century it was retreat from the city life but there were more and more houses built, especially in the 1960’s due to the tourist boom. Over time it became to a sought-after place for residents and tourist alike. Next to the villas and many new built modern apartments blocks developed recently there is one of the most traditional hotels in the vicinity of Palma, the Valparaiso Palaca and Spa where many conventions are held during a year. All amenities like supermarkets, restaurants and cafes, international schools, doctor´s offices, gynasiums as well as beaches with their clubs are all within a short drive away.